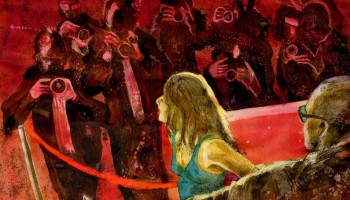 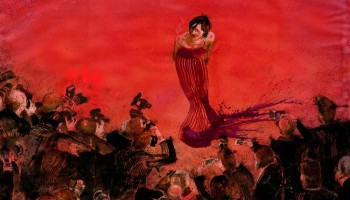 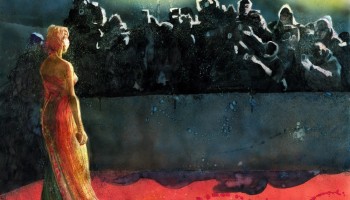 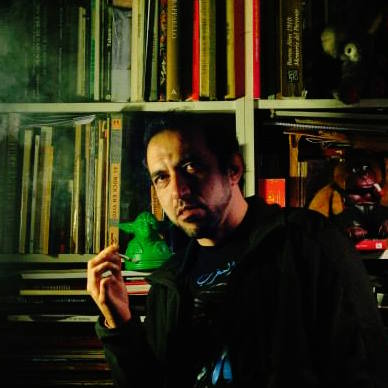 Mariano Lucano was born in Buenos Aires in 1968. After obtaining a degree in graphic design and studying drawing, he won the National Award for Illustration (ADEPA, Argentina, 2001). In 2003 he founded the parodic magazine Barcelona (an Argentinian publication comparable to the american satirical magazine The Onion and the French Charlie Hebdo, which is still in circulation today. The rock-culture is also always present in his life, and he’s served as Art Director of several vanguardist music magazines in the past. Randomness, violence and speed are the spirit of his artwork, and he seeks and finds beauty and harmony even with the most monstrous of subjects. His influences include Francis Bacon, Pablo Picasso, Lucien Freud and Ralph Steadman. Lucano’s work is paralleled by an inseparable humor, combining elements in unexpected ways that generate an intellectual or emotional surprise. Subjects such as eroticism, death and laughter all intermingle, giving his work a sense of parody grounded by the seriousness of the subjects he often portrays. His artwork, always on paper as support, combines random splatter and precise lines. Lucano has had solo exhibitions in national museums of Argentina, as well as such unconventional venues as the temporary motels of Buenos Aires and the old airport of Trelew. Currently, his atelier is located in the bohemian neighborhood and cultural hub of San Telmo, an international epicenter of art, where he leads a group of emerging artists and continues his own production.