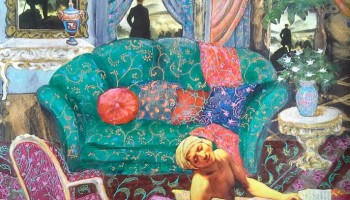 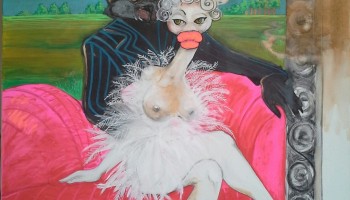 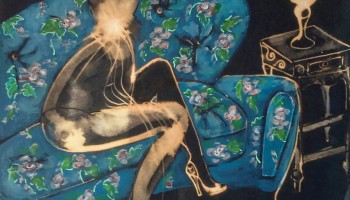 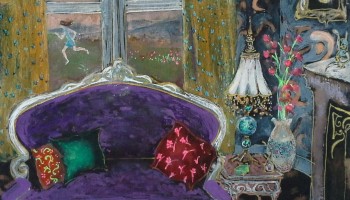 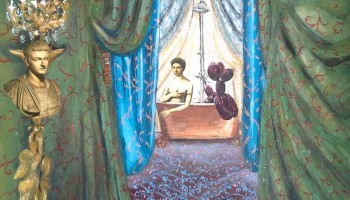 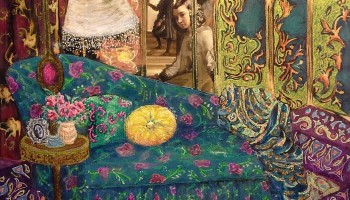 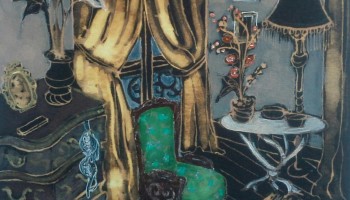 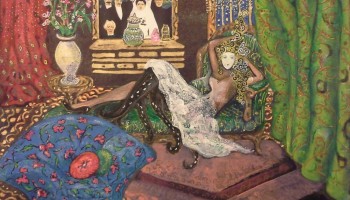 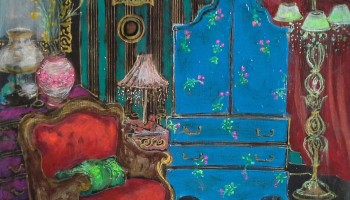 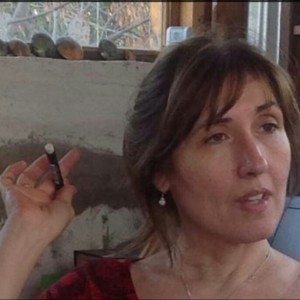 Her work takes us back and forth through time to depict the duality and contradictions of the female condition.

What is art for you?

La opportunity to make visible what is foreseen and barely understood. A medium for creating sense, trapping emotion and intellect.

Through its first expression, drawing. I always drew. My predicament was growing up in a chaotic, bohemian household, having moved many times. Drawing was my refuge for detaining and retaining the present time. To make my yearnings a visible image. At the same time the adult world surrounding me was celebrating my drawings, and this is when I started to have an identity, the identity of a future artist.

What things inspire you?
The trigger can be the velvet texture and the pattern on a couch in an antique store, a photograph found at a flea market……seeing women, in different circumstances, acting out their roles with their minds elsewhere. Female mystery inspires me.

What are the recurring themes in your work?

Intimate spaces, the female world, eroticism, citations from renown artwork from all periods of time. The bestiary.

How would you describe your production process?

The process is constant, when I’m not drawing I’m metabolizing experiences for future works. The moment of action may find me in the workshop or at my home where I’m surrounded by materials, visions start to unload, images of the daily, stored away sensations, impressions, memories……the mental archive of everything seen. I always start from a previous idea, I start drawing and depending on my backing I start to incorporate techniques. On canvas I use charcoal pencil and sometimes enamel. On paper I tend to use ink, markers, tempera, acrylic and collage.

How would you define your work in terms of tradition, style, school or trend?

I don’t recognize myself as being in any predetermined tradition or school. I’m in the field of the figurative, always the conveyor of an idea, a concept. I’m very close to the spirit of pop. My work has a fusion of languages from where I cite or make references to modernism, baroque, or to neo impressionist painters, creating a contemporary view where styles, trends, traditions and schools criss-cross and cohabitate.

Who´s influenced you?
In each stage of my training I’ve been influenced by artists who’s views I’ve sustained through drawings, from the comics of Milo Manara and the signs of Alphonse Mucha to Carlos Alonso, who gave birth to a generation of excellent artists such as Luis Scafatti and Carlos Nine. I also admire the combination of drawing, paint and collage of Miguel D’Arienzo.

What artists from previous generations are you interested in?

What would you like to contribute to the world through your art?

Although each viewer weaves his own story, I resort to humor as much as possible, staying away from solemnity like the plague. I work under the premise that no one is whom they seem to be. I subscribe to a saying I’ve heard: “almost everything is something else”. You can get into my work through the details, I promote this idea, that life is in the details, the fundamentals happen at the fringes.